I was looking at "A Treasury of Knitting Patterns" and fell in love with the Valentine Cable. So I started converted it to be knit in the round for a cowl. I love it, my sister called it "very girly". 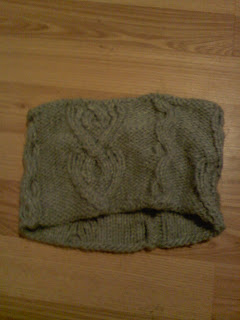 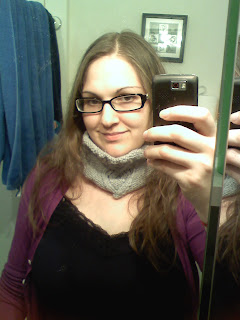 Finishing:
Weave in all ends and block.
Done!
Posted by ButterflyTräume at 8:32 PM

ButterflyTräume
I am 23 years old and married. I have a great husband whom allows me to stay at home with our two beautiful girls. Isabelle my reason for knitting and Kassandra my little newbie. I stay at home with them all day and I knit to stay sane.